This is an alternate-history campaign.

then-Vice President Al Gore was narrowly elected in 2000, and since then has been a fairly stable, if boring, President, governing more-or-less as a third Clinton term. Can the Democrats do what the Republicans couldn’t in 1992, and have a fourth term in a row?

This is an updated version of the 2004 US Election. It has been greatly improved by the Historical Scenario Commission on Nov 29, 2017. It can be downloaded here: United States – 2004v.1 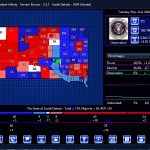 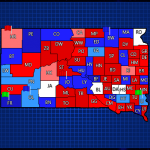 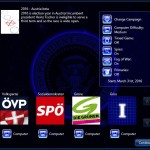 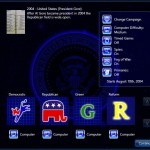 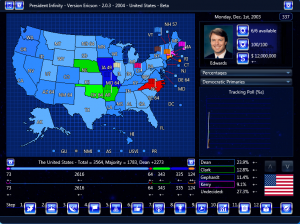