The Liberal Party has governed Canada for 22 years with five consecutive majority governments under first Prime Minister William Lyon Mackenzie King, then succeeded in 1948 by Justice Minister Louis St. Laurent. Though the economy is strong and St. Laurent himself remains popular, he excercises little supervision over his cabinet ministers, and several controversies have arisen of late. The Progressive Consevatives, under their new leader, the charismatic John Diefenbaker, plan to run a campaign potraying the Liberals as arrogant and out-of-touch, while the Liberals campaign on the national prosperity and their claim there’s no need to change. 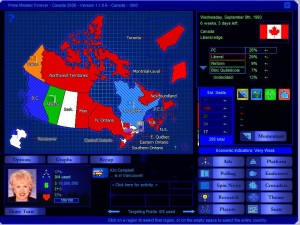 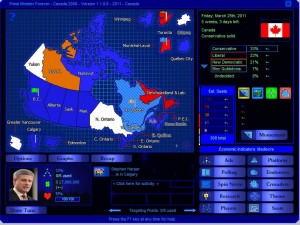 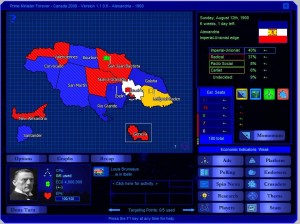 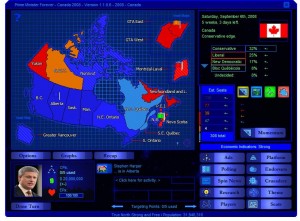 “After 13 years of Labor government, the Liberal/National Coalition have gained strong traction on a message of focusing on more basic issues as opposed to Prime Minister Paul Keating’s emphasis on the so-called “Big Picture.” But given Keating’s victory in the supposedly “unwinnable” election of 1993, no one is counting Labor out as the campaign gets under way.”

“The Premier, Adelard Godbout, seeks another term for his Liberal government. The Québec Liberal Party (PLQ) won a majority at the last election in 1939. The Union National (UN) are the official opposition. They are led by former Premier, Maurice Duplessis. His center-right government was in power from 1936-39. A new center-left party has entered the political arena – the Bloc populaire canadien (BPC). They are led by André Laurendeau.”

Author – GOP Progressive, Ed Gaffney, and Treasurer of the PC

“Astaria is one of the more populous micronations in the Latin realms, but with a struggling and fragile democracy.  Although a political backwater for most of its history, Astaria has discovered a new importance in the global economy and in geopolitics.  However, its current government has fallen and the President has called early elections due to rising political instability and a polarizing miner’s strike.  Will the forces of socialism finally emerge triumphant, or will the neo-liberal consensus remain in power or will a new political force emerge?”

Description: “Pierre Trudeau pits his Liberal government against Robert Stanfield, who hopes to win after losing by just two seats in the last election.”