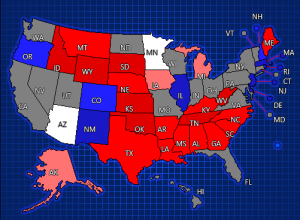 Here is my first version of the 2020 U.S. Senate elections. I have done my best to keep % realistic and will continue to do so. For the candidates I put the ones I think each party will have the best shot to win with. I have Sen. Inhofe (R-OK), Sen. Roberts (R-KS), Sen. Risch (R-ID), and Sen. Enzi (R-WY) retiring, as they are the oldest members up for reelection that have not said they’re retiring or have mentioned that they are retiring. I am open to any comments or concerns and will try to keep updating this campaign as long as it seems wanted. 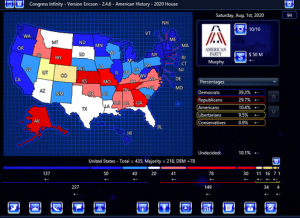 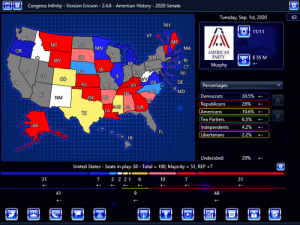 With the Presidential election underway the major two parties are seeing a pick-up in support, but the minor third parties are seeing a weakened Republican party in the South. With the Tea Party fielding their own senate candidates the Senate races in the south are expected to get interesting. Who will come out on top? 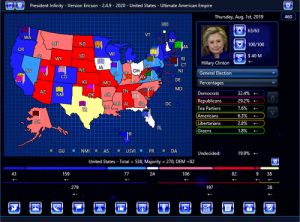