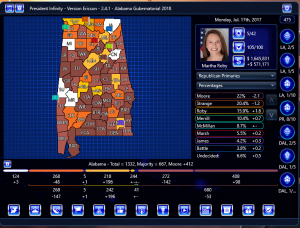 After four years under Governor Robert Bentley (R), now term-limited, rising stars on both sides push to be the nominee.

Update: Version 1.1 of the scenario as been released! The following changes have been made:

New Interviewers (due to being at the state level, I included TV stations: 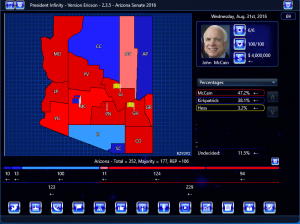 The Arizona U.S Senate seats are normally GOP strongholds, and have been for some time However, with incumbent John McCain’s highest favorability rate and paired with the desire to elect new leadership, things are not looking as bright for the GOP. Who will win the respective primary, and advance to the general election?