Version 2.0 is now released, which includes many events to add flavor to the campaign.

This election covers the 1637 Massachusetts election for governor, following the crucial events for that colony starting in July 1636. Major events include Anne Hutchinson’s Antinomian Controversy, the Pequot War, colonial expansion, the founding of Harvard, and much more.

Along with dozens of events, the scenario includes endorsers for every town. Endorsers include politicians, ministers and leading citizens in the town. I have listed many famous descendants of these endorsers in their descriptions. 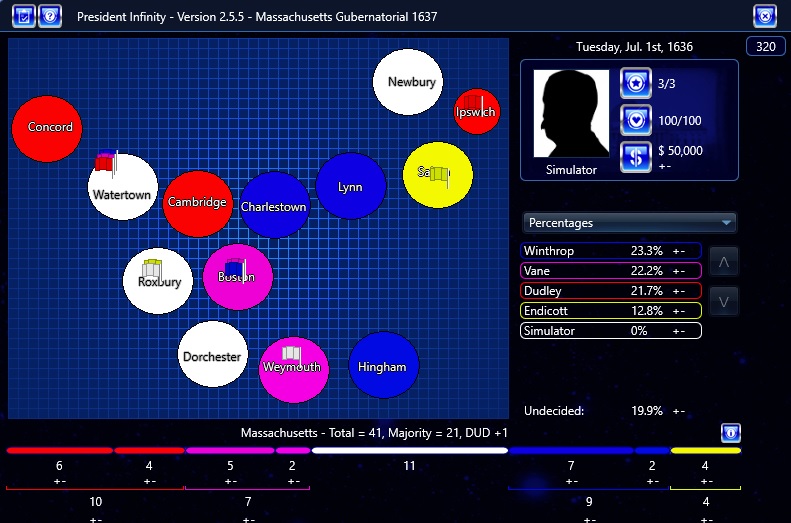 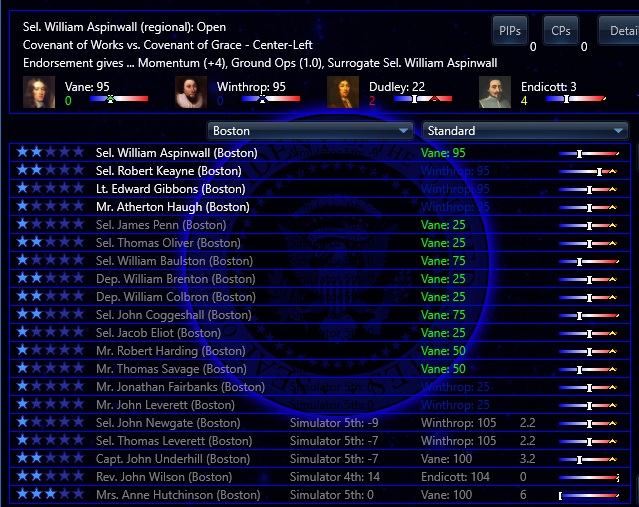 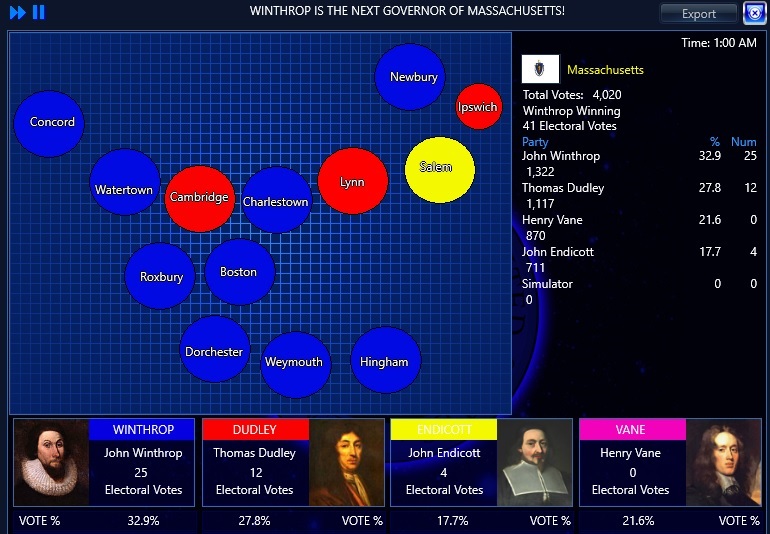