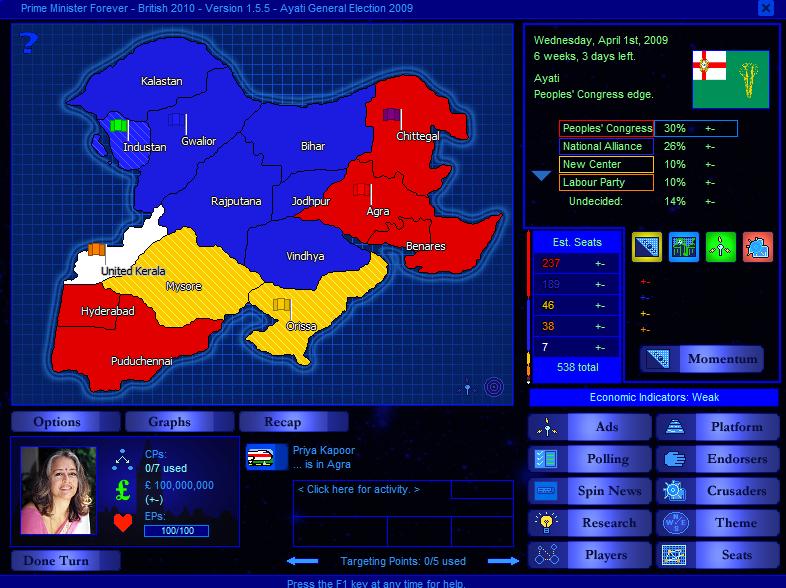 Five years after the highs of the greatest economic boom in its history, Ayati has woken up to a depressed economy, a terrorist insurgency in the North, and a string of foreign policy problems. The Ayati Peoples’ Congress has been the governing party of Ayati since its independence in 1997, but the current state of affairs has it losing its grip on power. Will the challenging Ayati National Alliance pull off an upset, will Congress remain in power, or will there be a hung Parliament with third parties as kingmakers?