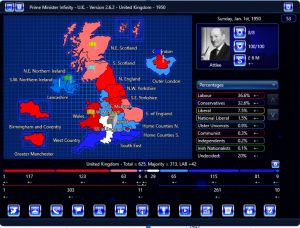 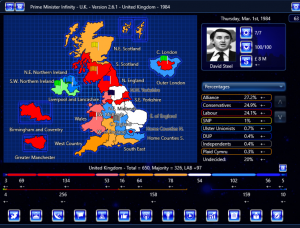 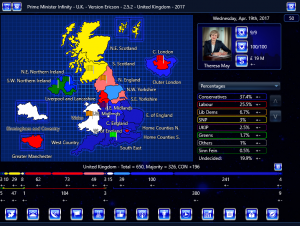 I have done a few modifications to the percentages shift to make the official scenario closer to the real result (starting with only a small majority which the Conservatives can lose if they don’t campaign effectively.)

Changed are Corbyn’s charisma from 2 to 3 given his big rallies and I’ve added three new events.

2. U-turn on the social care plans, gives -2 momentum to the Conservatives

3. Theresa May refuses to debate after Corbyn announces he will attend, gives -2 momentum to the Conservatives. 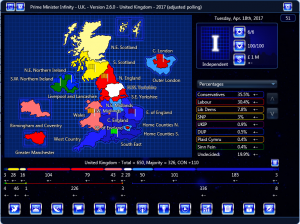 Northern Ireland has a number of distinct political parties reflecting the nationalist and unionist sides of the political divide. The province sends 18 MPs to Westminster and now you have the chance to decide who.

I have added a few extra interviewers, another endorser (The News Letter) and corrected a couple of polling percentages with unknown names updated to those declared in the results. The scenario uses the default 2015 issues so may not be the most localised and ads have been limited to 4 per player due to there only being 18 seats but any feedback is welcome. 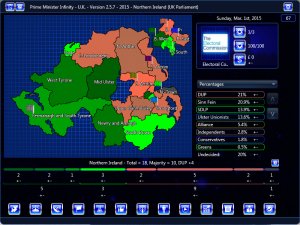 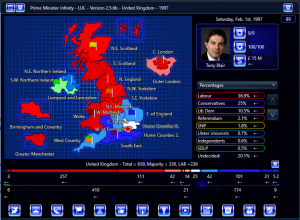 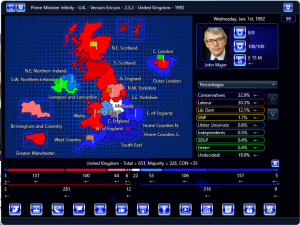