The 2021 Nova Scotia general election is to be held on August 17, 2021, to elect members to the 64th General Assembly of Nova Scotia. 2021 sees 4 new ridings up for election and currently the Liberals are polling well and look set to be returned to government but what will happen during the campaign?

The campaign polling starts of with a Liberal lead and has a few events to shift the polls to the PCs which seems to lead to a much closer campaign at the end. 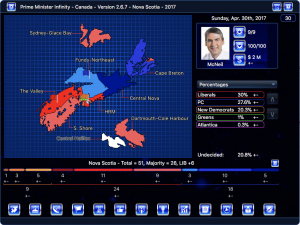 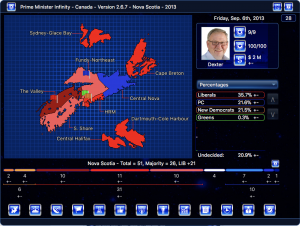