This is a greatly improved version of an existing 2000 election. It was updated by the Historical Scenario Commission on Nov 29, 2017. It can be downloaded here: United States – 2000v.1 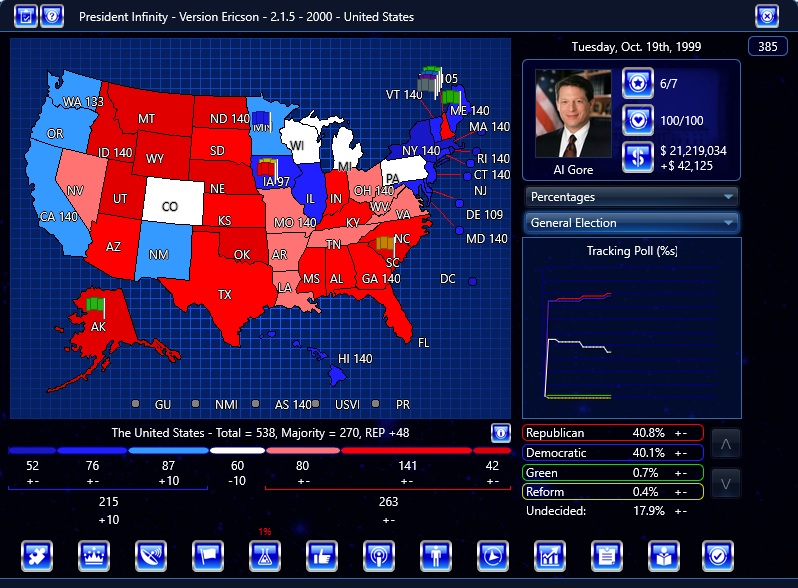