This 1976 election created by Os Davis and VCCzar.

This is the historic election between Jimmy Carter and Gerald Ford. The game includes the historical primary challengers, including Ronald Reagan. Additionally, we have included several what-if candidates, most notably Ted Kennedy, Nelson Rockefeller, George Bush I, George McGovern, Hubert Humphrey, and more. 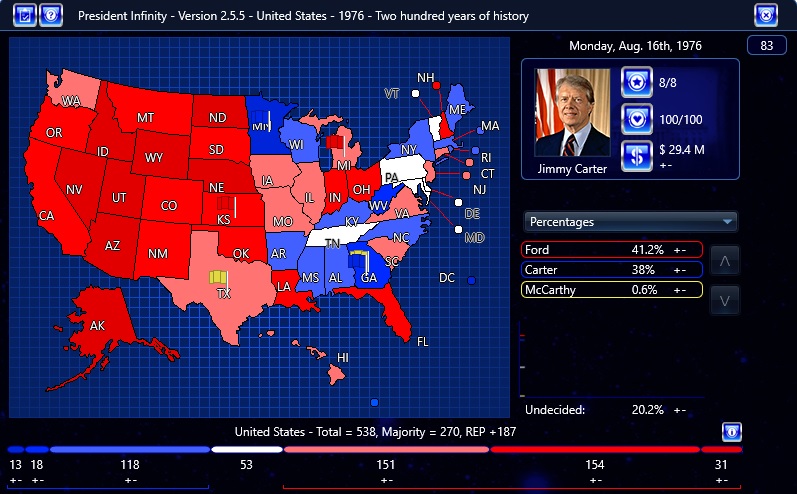