beta test version i will edit to add more issues,update partys and events and etc 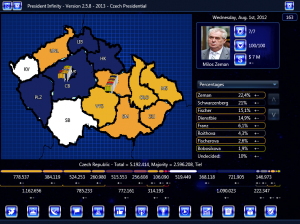 With so Many Protests Can Putin win Third Term? 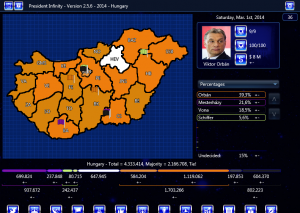 The 2014 Hungarian parliamentary election took place on 6 April 2014. This parliamentary election was the 7th since the 1990 first multi-party election. The result was a victory for the Fidesz–KDNP alliance, preserving its two-thirds majority, with Viktor Orbán remaining Prime Minister. It was the first election under the new Constitution of Hungary which came into force on 1 January 2012. The new electoral law also entered into force that day. For the first time since Hungary’s transition to democracy, the election had a single round. The voters elected 199 MPs instead of the previous 386 lawmakers

With inflation down, oil prices down and employment up, President Reagan seems unstoppable for a victory in November.

The Conservative State Continue with Republicans or  Democratic After Ann Richards