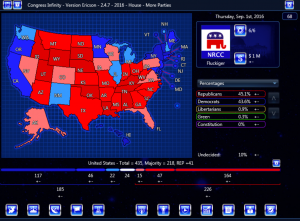 I added a few minor parties to the 2016 House of Reps Scenario for Congress Infinity. These Parties are:

I modified the 1980 Election Scenario, and added some more running mates for the GOP, as well as adding the Libertarian Party ticket of Clark/Koch as a Third Party. 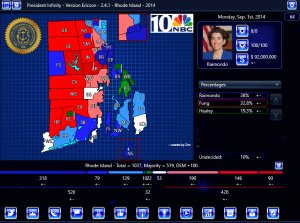 I made a scenario for the 2014 Rhode Island Gubernatorial Election.

I don’t actually live in Rhode Island (I live in Virginia), so feel free to give any comments or suggestions if you have any.

This is a beta scenario, and is still in progress.

Basically, this is a scenario for Congress Infinity. Deleting half the Senate Seats in the 2014 Senate Election scenario, I have made a 2014 Gubernatorial Elections scenario.

I’m working on an alternate historical scenario where John Kerry was narrowly elected president in 2004, and is running for re-election amidst an economic crisis. This is still in beta mode, so there are still things that I need to polish up, but I got the main stuff completed, and thus I wanted to upload the first version of my President Kerry 2008 scenario.

Here is what I have added so far.

I may add some alternate third parties and some candidates in the future.

Anyways, hope you all enjoy, and please leave any comments or suggestions on what I should add.

As the title shows, I made the 2014 Maine Gubernatorial Scenario. I’m not actually from Maine (I’m from Virginia), but I felt like making this anyways. 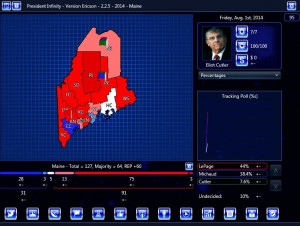 Feel free to give feedback. 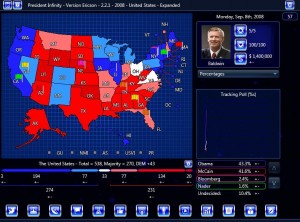 Basically, this is the 2008 scenarios with a few more parties added, I have added:

Constitution Party as a third party.

I have also added Michael Bloomberg as an endorser. 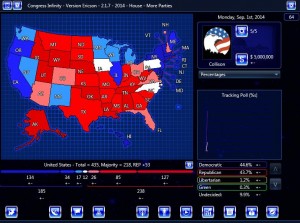 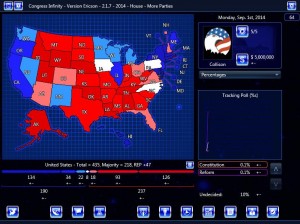 Basically, I have made a modified version of the 2014 elections in Congress Infinity. In this version, I have added several minor third parties in addition to the existing Republican and Democrat parties. The parties and candidates are based off of who ran in 2014. The parties I have added are:

Please leave a comment if you have any suggestions or feedback.