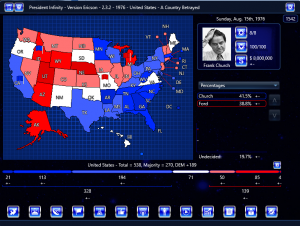 The year is 1976. Gerald Ford is President. However, no one elected him. He is a product of Watergate. A scandal that has left Americans disgusted with American politics.

The Democrats senses an opportunity. A large field of candidates has entered the field. However, can the understand the power of the primaries? Jimmy Carter an unknown outsider from Georgia seems to have noticed them. Or will the last minute candidacies of Frank Church and Jerry Brown succeed?

Further, Ford is being challenged on the right by Ronald Reagan.

The fate of the country is in your hands. Can you rewrite history? Restore American Democracy?

Enjoy and let me know if you have any tips or comments!

**Note McCarthy the independent is not available as of now. I was unable to add him. This was due to an error on the Party tab in candidateditor. I will add him if demand is intense. Or if someone has any advice or will do it, I would be grateful. 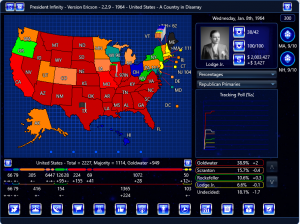 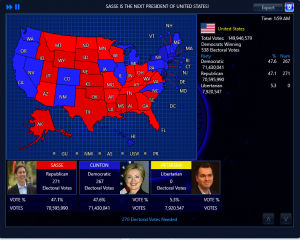 Hello, i’ve been working on creating a future scenario with Hillary Clinton as President. I tried to make the scenario as accurate as possible for 2020. Let me know if you have any suggestions.