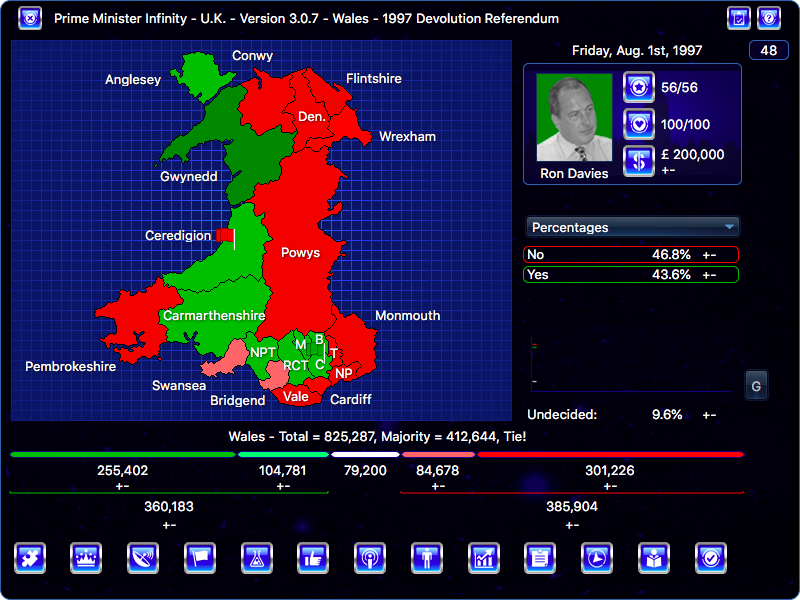 Wales overwhelmingly rejected a devolved Assembly in 1979 by a margin of 80%-20% but after Tony Blair won the general election of May 1997, devolution was firmly back on the table. Labour and the Liberal Democrats are pushing for a yes vote and though they don’t think the plans go far enough, Plaid Cymru has reluctantly accepted Labour’s proposals for a National Assembly. Meanwhile the ‘Just Say No’ campaign is mainly made up of Conservatives but was formed by dissident Labour members, Carys Pugh and Betty Bowen, in the working class Labour stronghold of the Rhondda. They are less well organised than the establishment backed Yes for Wales campaign but are nevertheless confident of victory. Can the Yes campaign win in Wales or will the No side deal Tony Blair and his New Labour government their first setback?

Devolution in Wales and Scotland celebrates its twentieth anniversary this year and for Wales, this campaign is where it started. The campaign was hard fought and in the end, the Yes campaign clinched victory by the slimmest of margins. Devolution is still a hot topic in Wales, with some wanting to restrict the powers of the Assembly and others supporting increased powers for Wales.