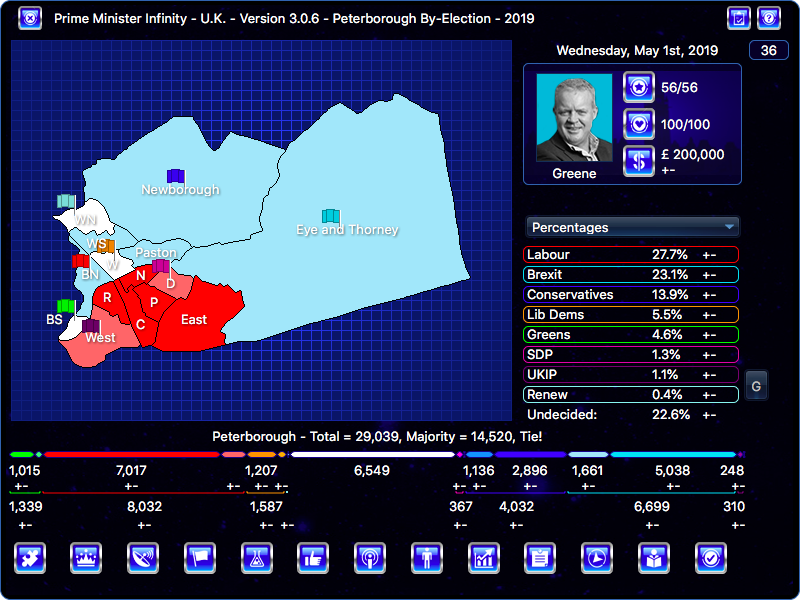 After months of crisis in Westminster, all eyes are on Peterborough for one of the most important by-elections in recent history. The city’s disgraced Labour MP was forced out by a public petiton and all parties are now scrambling to take the seat. The brand new Brexit Party are on the march in this heavily leave voting Labour/Tory marginal. Can Farage’s party get their first MP within eight weeks of launching or will the main parties hold on?

Each of the main parties as well as some minor parties are included. There is a choice of three Independent candidates, Fiona Onasanya (the disgraced former MP), George Galloway (who intended to stand as an Independent left-wing pro-Brexit candidate) and Femi Oluwole (a remain campaigner who sought the endorsement of numerous remain parties to field a single pro-EU candidate).