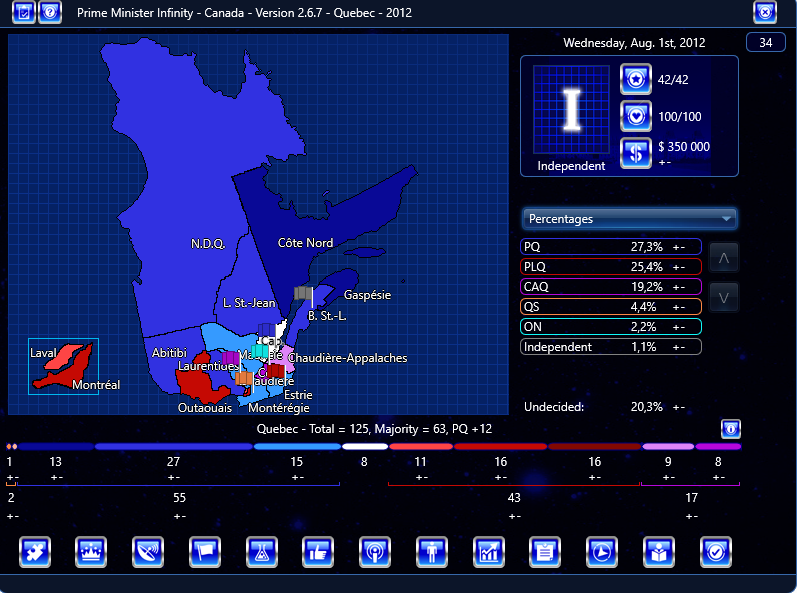 After 9 years of power the Liberal Party of Quebec faces one of the greatest political crisis Canada ever saw. The students of Quebec are fighting against the raise of tuitons fees of 1625$ to an unprecedent amount of 3946$ per year. The pro independence Parti Québécois which leads the Official Oppositon and which faced one of its most historic crush in opinion polls took the side of the students like Quebec Solidaire. The new Coalition Avenir Quebec -a nationalist party- which started high in polls and led by the former pequist minister François Legault is now third in opinion polls and the Liberal Party faces the lowest opinion polls never received due to controversies and the student crisis.