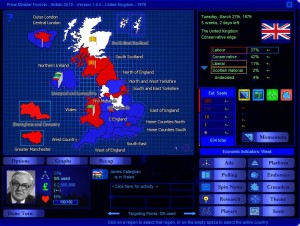 At the end of a chaotic decade for the United Kingdom, the Labour government under Prime Minister James Callaghan has been dismissed by the House of Commons. Can he hold off against Margaret Thatcher’s Conservatives? Or will the “Winter of Discontent” spell Labour’s doom?